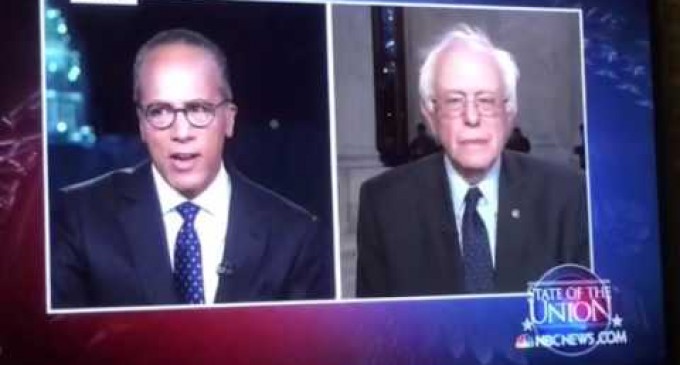 There seems to be a trend in people underestimating the threat that ISIS poses to the American people. According to Obama's various speeches over the past several months, our president has single handedly defeated ISIS nearly ten times. They must not have gotten the memo. Perhaps it's because he doesn't see them for the very real threat they are, which would explain why he failed to mention the ten soldiers being held captive in Iran during his State of the Union address and instead chose to focus on problems his administration created, such as inequality, climate change and an economy he continues to douse in gasoline.

His sentiments were echoed by Bernie Sanders, who claimed that President Obama chose not to mention the Navy sailors being held hostage because he wanted to talk about things that were “important” and will “impact this country for decades to come.” Good thinking Bernie, because foreign policy doesn't matter one bit, ISIS will leave us alone if we pretend they don't exist . . . not. You can watch Bernie pretending to be a politician in the video below.

Watch Bernie's interview on the next page: