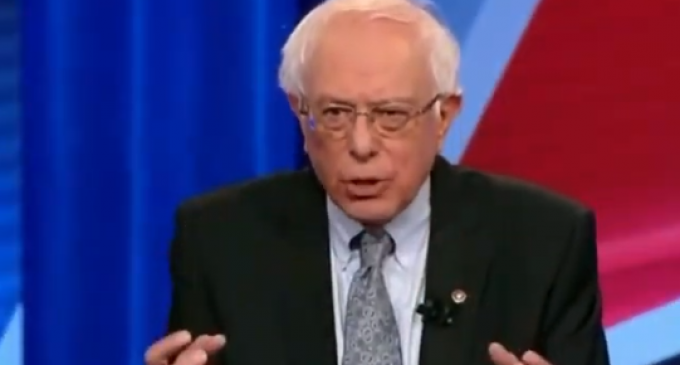 Vermont Sen. Bernie Sanders has doubled down on his assertion that everyone should have the right to vote – even the Boston Marathon bomber and convicted sex offenders.

“This is a democracy and we have got to expand that democracy, and I believe every single person does have the right to vote,” Sanders said at a CNN town hall.

Sanders' first argument is that the United States has low voter turnout compared to other major democracies around the world. He said he wants to make the US a “vibrant” democracy with a much higher percentage of people voting.

That includes enfranchising people like Dzhokhar Tsarnaev, who helped bomb the Boston Marathon in 2013, killing three and injuring hundreds of others.

“Yes, even for terrible people, because once you start chipping away and you say, ‘Well, that guy committed a terrible crime, not going to let him vote. Well, that person did that. Not going to let that person vote,' you're running down a slippery slope,” Sanders said in response to a student who asked if the Boston Marathon bomber, terrorists and murderers and sex offenders should have voting rights.