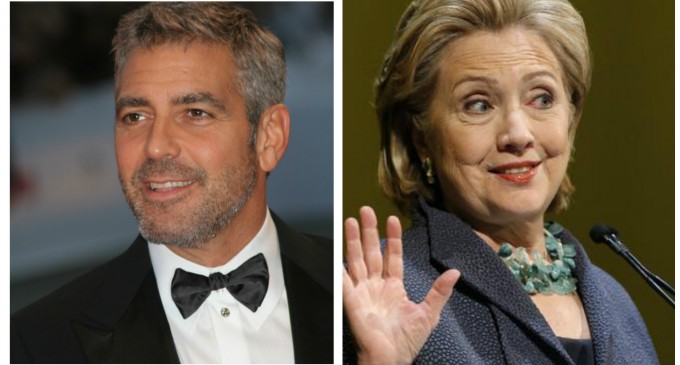 When people gave money during George Clooney's Democrat fundraiser last week, they were promised that the beneficiaries would be both Hillary Clinton and down-ballot congressional Democrats. According to reports, however, nearly all of it has gone to Clinton.

This shouldn't come as a surprise. Keeping Hillary competitive has become an expensive, time consuming affair. Marketing someone with natural flair is cheap — just look at how much Donald Trump has spent — but pushing a crooked, lying, has-been takes considerably more effort, and a lot more money.

With Hillary's nose-diving poll numbers, it's no doubt difficult to convince wealthy donors to invest even more while they're seeing little no zero benefit.

It seems Clooney's only real chance was to promise that Hillary would receive only some of the money, while allotting nearly all of it to the perpetually pantsuit-clad politician.

To see how much of the funds went directly into Clinton's hands, continue reading on the next page: