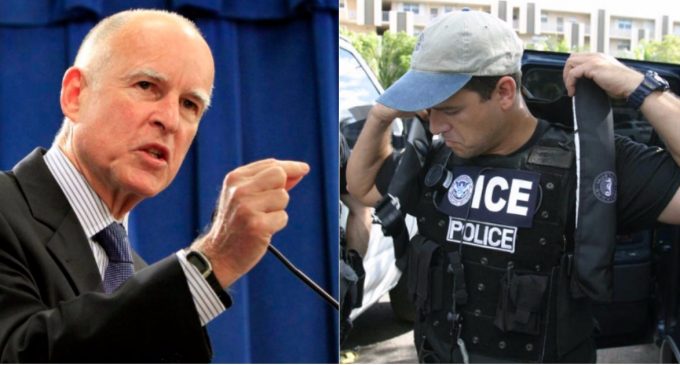 Too often, there is ambiguity when it comes to what the Immigrations & Customs Enforcement (ICE) agents can and cannot do, state to state, depending on whose in charge in those individual states.  Some states, as Liberal as Nancy Pelosi, will allow very limited access to the agency in order for it to do its work in accordance with US federal immigration laws.  Others that are more moderate, allow some access to the agency, but there are still hoops through which to jump in order for them to do their job that the people have asked them to perform.

Even states where Republican majorities are involved, there are state laws on the books that outright frustrate efforts by the agency to get to valuable information on illegal detainees and, even more importantly, which ones have committed violent crimes and felonies.  The systems are in a “no-touchy” kind of mode where every local government worker seems to be a mini-Obamalike community organizer who is hell-bent on not cooperating with authorities who are just trying to enforce the federal laws.

Unfortunately, too often, the government workers are the very people who are the Leftists themselves, directly violating federal statutes to protect the illegals, while the ICE agents are trying to protect the US citizenry.  The loggerheads have now become even more frustrating as the Governor of California, Jerry Brown, has signed a bill, officially naming the Golden State as a sanctuary to all illegals!

Turn to the next page for more on this explosive story and what the ICE agents, paired with the Department of Homeland Security, intend on doing about it!