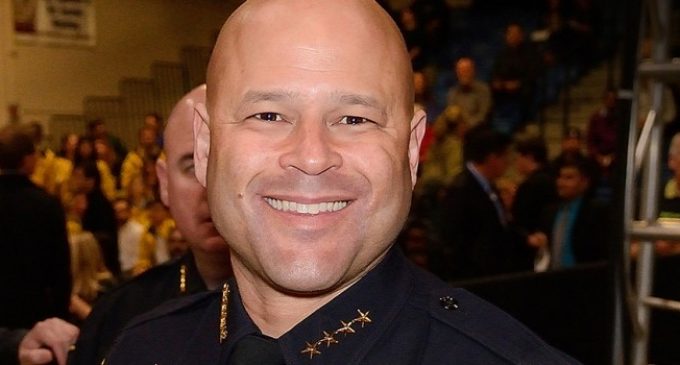 For Americans who support law enforcement and trust them to safeguard both their liberties and their well-being, it is disheartening to hear officers say that the way to protect the latter is by curtailing the former.

San Jose Police Chief Eddie Garcia is one such officer, as he revealed in an interview with San Jose Inside. Asked about the topics of the day, Garcia not only expressed support for the controversial Black Lives Matter movement, but also voiced opposition to laws allowing Americans to own firearms for their protection.

As one might be wont to point out, a majority of law enforcement officers believe that Americans should retain the right to bear arms, meaning that Garcia is clearly in the minority on the issue. However, his position as chief of police for the 10th largest city in the country means that his opinion will carry weight among the uninformed and be cited by liberals as support for their anti-gun agenda.