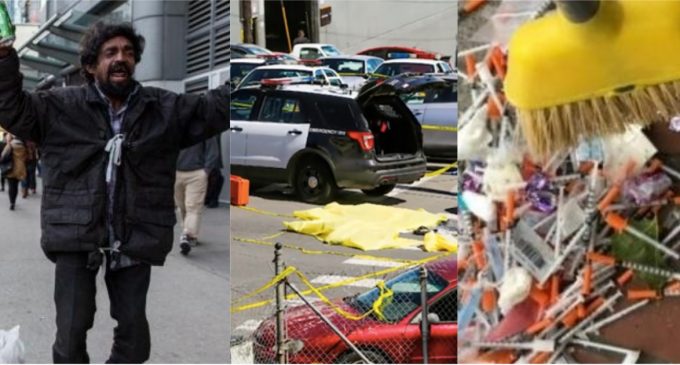 Once-beautiful San Francisco has become what all socialist societies eventually devolve into – a cesspool.

“There’s a very tolerant attitude, you can very much do anything on the streets you want,” said Marc Joffe, director of research at the California Policy Center think tank. “As members of a civilized society, there are things you should not accept. But we have ignored that … and there is nobody on the other side setting limits.”

Although a lax attitude is nothing new for the far left city, the complete abdication of any sort of standard by which to live by has now turned the city into a place where even tourists fear leaving their hotel rooms. Aggressive vagrants, discarded needles and dead bodies are hardly the types of things someone wants to see on their vacation. Add to that the sky-high crime rate and you don't have to wonder why there is a mass exodus leaving the city.

Turn the page to see what happened to one Australian couple who soon regretted the decision to visit the liberal hellhole.