A warm fireplace is a staple during the holidays. It's the time of year to spend time with your family near the fireplace, but San Franciscans couldn't do that this holiday season.

A ban on the use of fireplaces during Christmas was put out by the Bay Area Air Quality Management District.

“The ban came about after the Bay Area Air Quality Management District had released a, “Winter Spare the Air Alert.”  The alert prohibits “residents from burning either wood, manufactured logs or any other solid fuels in all fireplaces.”

Jack Broadbent, the executive officer of the Bay Area Air District started the televised announcement by stating, “We want everyone to enjoy their holiday this week, but unfortunately, weather conditions are causing unhealthy, muddy air again.”
Explaining the matter further, Broadbent said, “Air is forecast to be extremely unhealthy this week so it is imperative that residents protect air quality and not burn in their indoor or outdoor fireplaces.”

This effectively made it illegal for anyone within San Francisco to burn a fire at any time, inside or out, even if their methods were approved by the Environmental Protection Agency (EPA).

Hopefully no one depended solely on a wood burning stove to heat their home.  If it turns out that police came knocking on your door, first time offenders would have the option to either enroll in a wood smoke awareness class or pay a $100 fine.  The second offense would cost you about 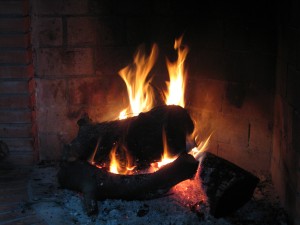