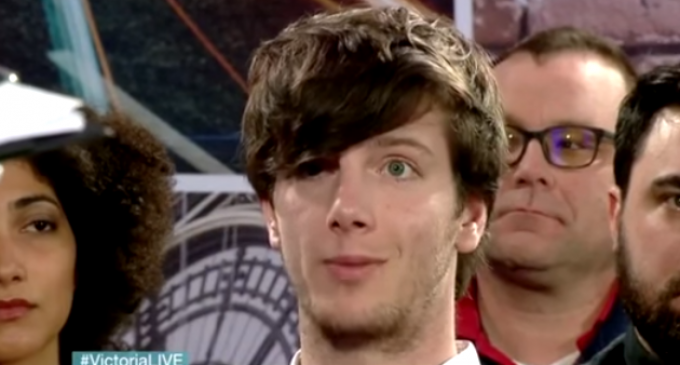 The left truly is home to the champions of free speech — free speech with which they agree.  College campuses all across America have been banning speech that has been determined too offensive — conservative — for their delicate little ears.  College campuses used to be a place where students went to expand their horizons, hear new viewpoints, and form their own opinions based on their experiences.  This is no longer the case.

Leftist activists have turned college campuses into giant safe spaces — liberal, fact-free cocoons where the little college cupcakes are protected from the harsh realities of life.

On the rare occasions that conservative speakers are invited to speak on campuses they are greeted by massive — often violent — protests.  Even comedians such as Chris Rock and Jerry Seinfeld — who aren't even conservative — refuse to perform comedy acts on college campuses anymore because the overgrown toddlers are so easily offended.

Now, in a perfect example of how liberals justify the silencing of free speech, the Vice-President of the National Union of Students told the BBC that it is important to shut down some free speech because “some people have more equal rights than others.”  To watch this astonishingly Orwellian response, continue on the next page: