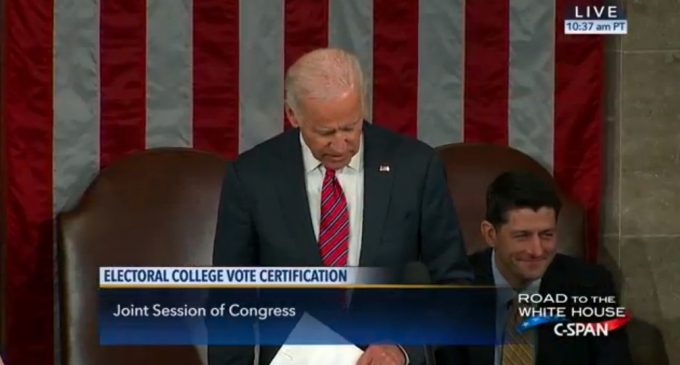 The tallying of the electoral votes has been both a constant headache and constant source of amusement for Conservative politicians and voters alike. Members of the electoral college have allegedly been threatened, blackmailed and even outed in order to sway their votes. However, as more votes come in, it would seem that not only did Donald Trump win fair and square, he won by quite a few.

Knowing, this, people on the left can't seem to recognize a loss when they see one. First, Jill Stein wastes millions of dollars, some of which landed in her pockets, to get recounts that ended up yielding more votes for Donald Trump than they originally thought. Then the Russian “hacking” incident suddenly became prevalent in the news, with President Obama issuing sanctions against Russia for allegedly interfering with the election despite anybody actually presenting proof. And finally, people who voted for Hillary are protesting in obnoxious ways and probably won't ever stop crying until Trump's time in office is over.

Point being, it's pathetic. And as the electoral votes were authenticated, Republicans did a pretty good job of stifling their amusement at the futility of the Democrat senators who kept trying to debate it. Everybody except for Paul Ryan that is.