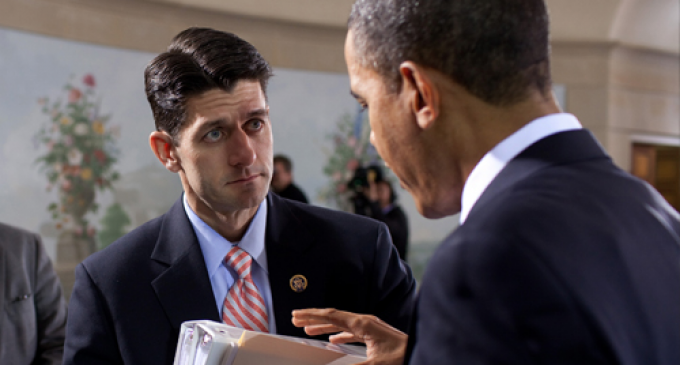 The Republican party, led by Speaker of the House Paul Ryan, officially committed suicide this month and took American society along with it. The fact that anti-politician Donald Trump is surging in the polls is a wonderment to the party, but it is not a mystery when the latest budget sell-out is reviewed, with the clearly expressed desires of the people ignored and rejected by the legislators of both parties, but most egregiously by Ryan and the Establishment Republicans.

In the last two elections, the Republican party had gigantic wins, regaining the Senate and increasing numbers in the House, fueled by the anger of voters over things such as illegal immigration, Obamacare, and Planned Parenthood abortion practices. With a president intent on ruling as a monarch through executive orders designed to circumvent required legislative approval and concurrence, the legislators were left with the option of using the power of the purse to slow the march towards national chaos and bankruptcy.

So angry was the public with the inaction and ineffectiveness of House leaders that then Speaker of the House John Boehner was forced from his position and Rep Paul Ryan was put into his place.

Ryan assured the nation that we would be more responsive to the stated desires of the public, and more responsible in controlling spending, both to reestablish sound fiscal policies, and to stop funding some of the most loathed programs that were troubling the American people. He did not. In fact, he doubled down on all of the programs that conservative Republicans, in fact most rational citizens, would find outrageous. He gave President Obama all and more of what he wanted.

He funded virtually all of the programs the Democrat party asked for, he spent billions and billions of dollars that this bankrupt nation does not have, and he stabbed all of us in the back. This is not just insane budgetary abuse, it could spell political death for the party. There is no way that the American people will understand this, and Ryan, who was supposed to be a financial wunderkind and the one who would be repairing the damage caused by Boehner and the like, has proven to be a traitor to the rational set of the Republican party and should be voted out of office immediately.