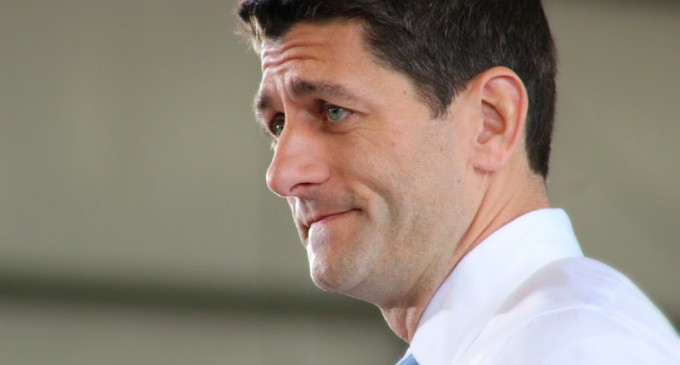 The first thing that is needed after Donald Trump assumes office is to throw the smug, do-nothing establishment RINO's out of office and get conservatives in who will do something besides whine about the mean Democrats and how hard it is to get anything done. Speaker of the House Paul Ryan is one of those elite, self-important Republicans who focuses on trade deals with his crony big business pals, all the while trying to figure out how to sneak more illegals into the country so there is a constant stream of cheap labor. He is certainly not interested with the concerns of his average, law-abiding constituents. There is little difference between a lefty Democrat and an establishment Republican, and Ryan is a prime example.

Ryan is totally indifferent to the flood of illegal criminals breaking U.S. laws and causing unbelievable amounts of damage and even death to unsuspecting American citizens. Thousands of illegal criminals should be in prison or deported, and Ryan says there is nothing the majority Republicans can do. Why? Because it is a bit too crowded in the jails, so he prefers to ignore their crimes and let them enjoy their freedom among American citizens. And Ryan is not alone.

Read more about this ridiculous excuse for a congressman on page 2: