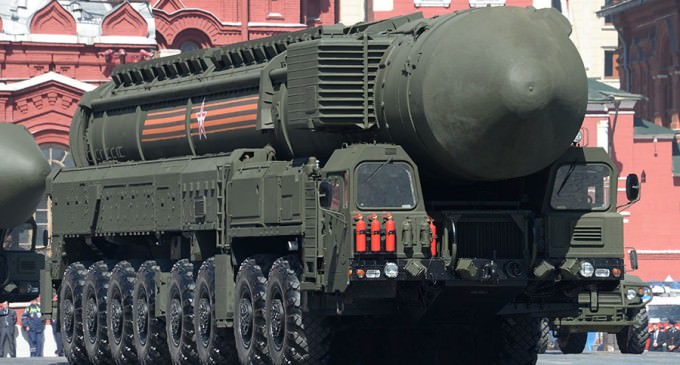 Back in the run-up to the 2012 presidential election, Mitt Romney stated that Russia was still our number one opponent and that we needed to strengthen our defenses to counter their military developments. He was roundly mocked by Barack Obama, whose criticism was echoed by the main stream media, who said that the cold war was long over and that Hillary Clinton had employed the “reset” button to improve our relations and to form a partnership of global accord.

Obama has also worked diligently on downgrading our military capacity and has been seeking to push nuclear disarmament for all nations, and particularly for the U.S.

What a naive and misguided plan that has proven to be. What was not particularly difficult to see was that Vladimir Putin, premier of Russia, is intent on restoring the “glory” of the former Soviet Union by recapturing lost land such as Ukraine, creating financial tools to rebuild the Russion economy, and especially building the Russian military to project power and influence throughout the world.

All the while the smug Obama has been standing by, hollowing out our military from within and creating a “social justice” machine to increase the number of gays, transgenders and women in the military, and to drive traditional leaders out of the service and elevate military brass who will do whatever he wants them to do.

While that same strategy has been used in federal employment, the consequences are not nearly as dire as with our military. Morale of troops is low, well trained military people are leaving the service, and readiness for military engagement is weak.

And now Russia has announced that they have been building their military strength and capacity in a way that truly will threaten the peace and stability of the world, with the U.S. military unable to counter the threat.