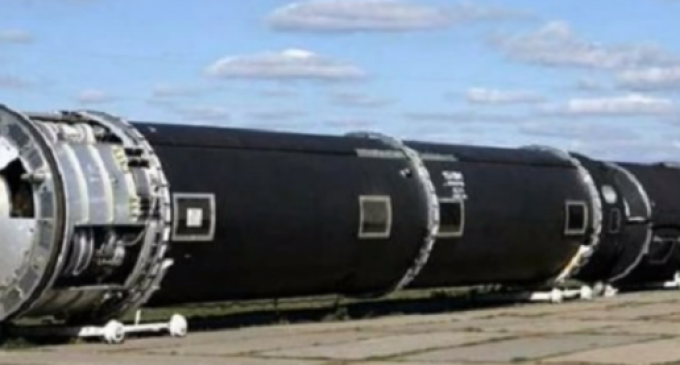 If you harbored any lingering doubts that the Cold War was alive and well, the latest development from Russia should jettison them once and for all.

According to Russian news media, the country's military is preparing to test a missile with incredible destructive capabilities. Officially designated as the RS-28 Sarmat, the weapon is reported to be the most powerful of it's kind ever to be made.

Dubbed the “Satan-2” by Western military officials, the missile is also said to be equipped with stealth technology that makes it impossible for missile defense forces to intercept it. This heightens concern over Russia's intentions regarding the weapon further.

But that's not all there is to know about the Satan-2: not only will the missile be capable of carrying as many as a dozen nuclear warheads, it will be able to fly 10,000 kilometers, easily allowing it to hit Western targets from London to Los Angeles and from Naples to New York.

Turn to the next page for more info about Russia's terrifying new weapon: