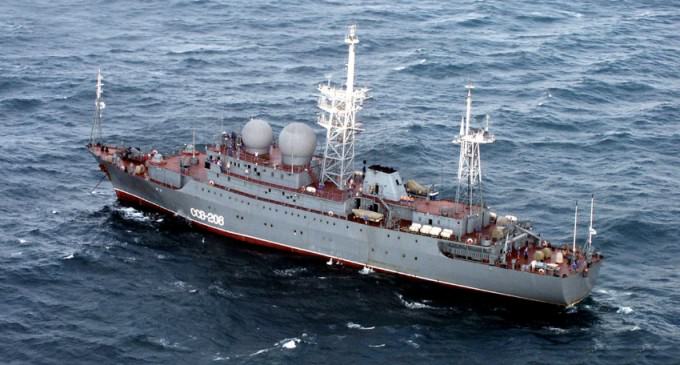 The new cold war gets a bit more chilling. A Russian intelligence-gathering ship was spotted recently near a vessel contracted by the American-owned Shell Oil Company as it was exploring for oil in the Arctic.

Pentagon spokesman Jeff Davis confirmed the sighting, adding that no U.S. defense assets were deployed in response, though American subs are known to monitor ships of opposing nations when they are in proximity to U.S. assets. Read more skullduggery on the next page: