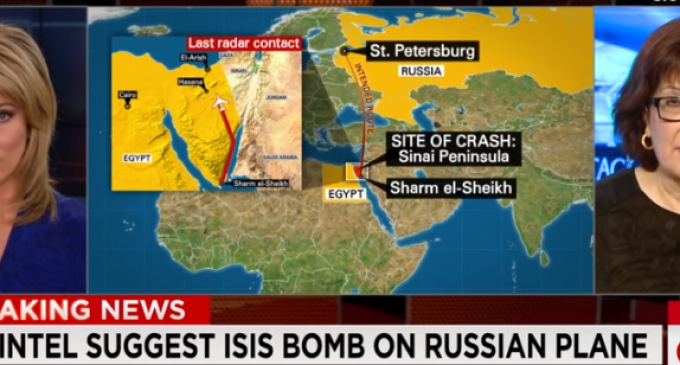 CNN now reports that multiple organizations believe the Russian plane which crashed over the weekend was brought down by a bomb planted by a memeber of ISIS. This runs counter to previous speculation that structural issues brought the plane down, as many media outlets pointed to a small runway collision that occurred many years ago as a potential reason that the plane possibly may not have been structurally sound.

With this new information, coming from both U.S. and British intelegence, it looks as if that was not the cause of the crash, and that ISIS has again managed to carry out another attack on innocent lives in the region.

To learn more, continue reading on the next page: