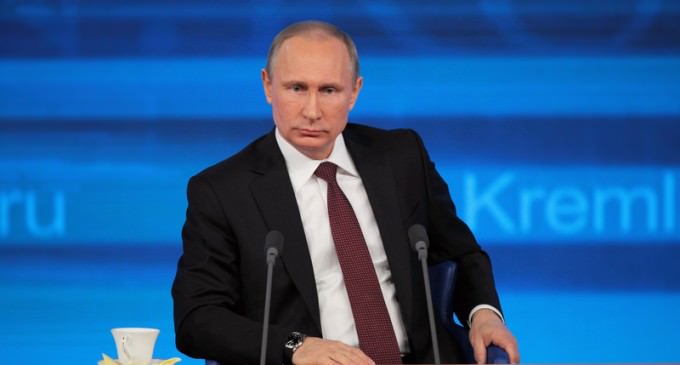 The Kremlin is getting nervous and all indications are that they are tense because of the possibility that U.S. superpower status is on the verge of being proven.

On the cusp of a very bizarre warning by Vladimir Putin just this week comes a brand new apocalyptic announcement by members of the military establishment in Russia.

The new warning is both bold and frightening, if not a bit overdramatic.  In essence, Moscow officials are stating that any use of nuclear aggression on the part of the United States against North Korea will be swiftly met with a matching Russian strike of nuclear weapons against the United States.

Frants Klintsevich, the first deputy chairman of the defence committee in the Federation Council is of the opinion that newly appointed American generals and political decision makers are “dizzy” with their newfound power and are wielding that power in the form of saber-rattling.

His remarks came on the heels of U.S. Admiral Harry Harris, commander of the Pacific basin forces, who attended a Congressional hearing on the status of tensions in North Korea.  Harris noted that there was no doubt in his mind that the North Korean leader, Kim Jong-un, was seeking to tip his missiles with nuclear warhead capability in order to ultimately strike the United States.

Moscow officials have vowed to provide “the toughest possible response” to any U.S. aggression and with a targeted strike on North Korea seeming just moments away, all-out war between America and Russia is a reality.

Lieutenant General Viktor Posnikhir went on to talk about our missile defense bases in Europe under the auspices that we were specifically targeting Russia and its allies with our armament.

Read his remarks on the following page.