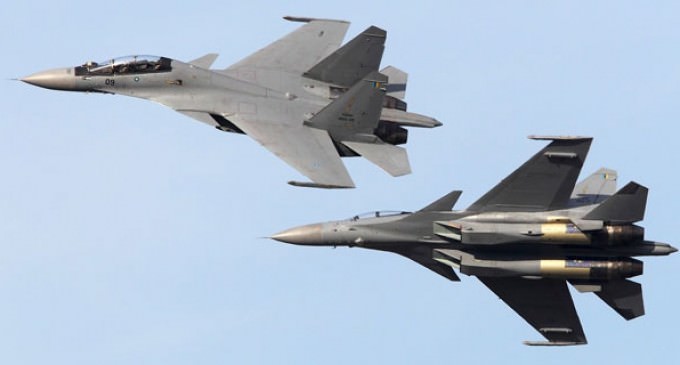 Six Russian Sukhoi SU-30 SM fighter jets barely avoided engaging four Israeli F-16s in an air duel off the coast of Syria. If you’ve been keeping up with the news, then you that Russia is looking to take on ISIS and come out as the dominant foreign power in the Middle East, but they’ve yet to make much headway. The Israelis avoided a conflict with the Russians and fled toward Lebanon.