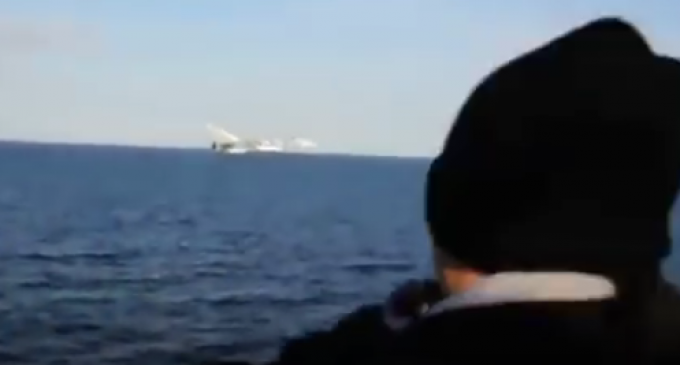 A Russian warplane again buzzed a U.S. Navy warship, playing chicken and aggressively posturing to show a disdain for the U.S. and a lack of concern that we would be willing to take action against the arrogant display. That may be justified, since President Obama is essentially unable to project military power after being such a critic of previous U.S. military actions and activities. It would also enrage his base of far-left peaceniks who are sure that every military confrontation is the fault of the U.S., and that we are nothing more than a military-industrial colonialist, seeking to expand our reach and control of the world.

This latest provocation shows how dangerous it is to passively ignore such maneuvers, with each action becoming more overt and dangerous. The recent rising tensions between Moscow and Washington, with a foundation in the conflicts in Ukraine and Syria, are also magnified by the desire of Russia's Vladimir Putin to reestablish the military and geopolitical might of Russia.

The photos and videos on the following page show just how aggressive and dangerous this latest fly-by was.