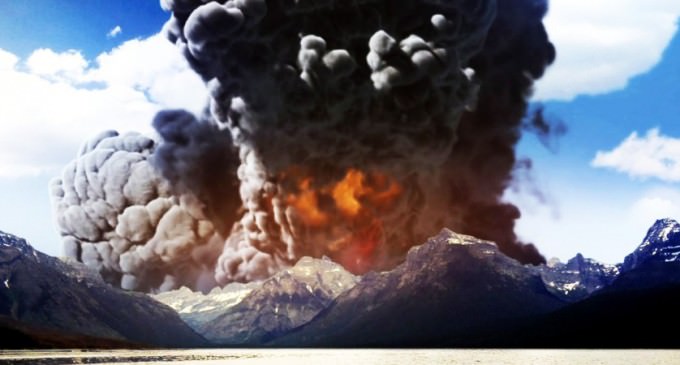 The Russian president of the Academy of Geopolitical Problems, Konstantin Sivkov stated that the U.S. has two geographic Achilles heels that should be struck with nukes for the “complete destruction of the enemy”: Yellowstone’s supervolcano and the San Andreas Fault.

Sivkov states that this is necessary because NATO has been “moving to the borders or Russia.”

Yellowstone’s volcano has violently erupted three times and “blanketed parts of the North American continent with ash and debris,” according to the US Geological Survey.

Some scientists argue that Yellowstone’s active supervolcano is long overdue for a colossal eruption.

“Geologists believe that the Yellowstone supervolcano could explode at any moment. There are signs of growing activity there. Therefore it suffices to push the relatively small, for example the impact of the munition megaton class to initiate an eruption. The consequences will be catastrophic for the United States, a country just disappears,” he said, according to a translation by Sydney Morning Herald.

According to a Discovery Channel documentary, an eruption of this magnitude would bury North America, drape the atmosphere in a sulfur haze, dim sunlight, and plunge the world into a volcanic winter.

Again computer generated image.Another option would be to drop a nuclear bomb near California’s San Andreas Fault. “A detonation of a nuclear weapon there can trigger catastrophic events like a coast-scale tsunami which can completely destroy the infrastructure of the United States,” he said, according to the Sydney Morning Herald’s translation.

Since last year’s illegal annexation of Crimea, Russian President Vladimir Putin has responded to international criticism and economic sanctions placed on his country by flexing his nation’s military muscle around the world.

The crisis in Ukraine reflects a turning point in NATO’s stance on Putin and emphasizes a growing concern stemming from the origins of NATO, which was formed for collective territorial defense.