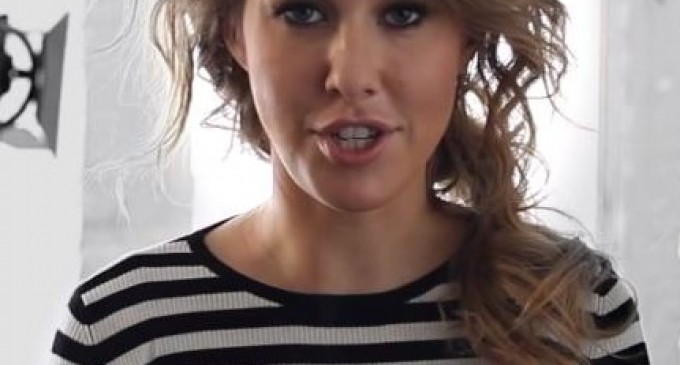 Russian TV celebrity, political activist and close friend of Vladamir Putin, Ksenia Sobchak, claims that a TSA agent stripped her naked and ‘sexually violated’ her at the Miami International Airport.

After TSA workers wrongly detected explosives on her fingers, Sobchak states that “large black woman” performed a “pervy” strip search on her, which she regards as a “sexual act”.

After TSA workers wrongly detected explosives on her fingers, the 32-year-old television presenter says a “large black woman” performed a “pervy” strip search on her which Sobchak regarded as a “sexual act”. The glamorous socialite was returning from a Christmas party in Miami.

“Sobchak said she had a spa massage with jojoba oil mixed with glycerin before boarding her flight that might have triggered the airport’s security equipment. She said she was told that this happens two or three times a day at the airport,” reports RIA Novosti.

Sobchak described the encounter on her Twitter page but was seemingly surprised at the media attention the issue generated.

The TSA responded by admitting that agents had performed a search on Sobchak but that no items of clothing were removed.

Sobchak is famous in Russia for hosting a long running reality TV show and being a close family friend of President Vladimir Putin. She recently reinvented herself as a political activist.

As we have previously highlighted, in 2010 it emerged that in some cases TSA agents were literally putting their hands down people’s pants and touching their genitals as part of security procedures.