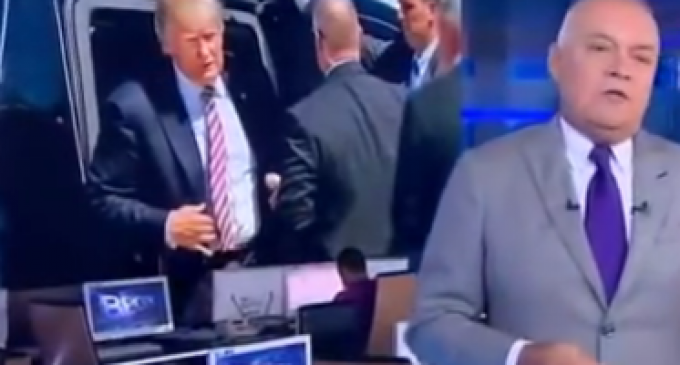 “Diplomacy” used to be every Democrats answer to a foreign policy problem. War was never an option, refusing to negotiate was a sin, and every international disagreement could be solved by simply talking about it.

Donald Trump is no isolationist, but he's taken a page from the diplomacy playbook, suggesting that closer ties to Russia — plus the traditional use of military force — could help solve some of the Middle East's most stubborn issues.

Trump's middle-of-the-road stance may appear to please men and women on both sides of the isle, but that hasn't stopped the attacks. Particularly, he's since aroused the angers of the political elite.

According to one Russian news personality, those “attacks” may soon become much more than simply talk.

See what the top Russian broadcaster said could happen to Donald Trump should he continue to call for better Russian-American relations on the next page: