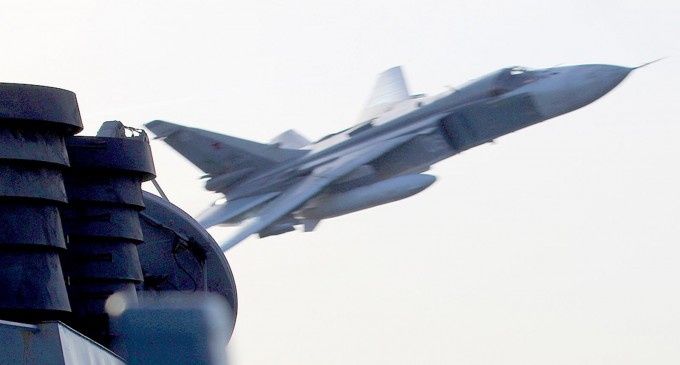 Barack Obama has sold this country down the river. He reflects the views of his idiotic liberal supporters that if we, as a country, are just “nice” enough, we will be loved and respected by all the other countries. That is not how geopolitics works, and as the only legitimate super power, we have a large bulls-eye painted on our back. There are political points for taking on the “big dog in the neighborhood,” and so countries as unlikely as Venezuela will challenge the U.S. in order to gain international stature.

Ronald Reagan knew that it was better to be respected than loved in this situation, and there was very little of “tickling the dragons tail” while he was in office because other countries were not quite sure how strong a response they would elicit if they stepped over the line. Fear can be a tremendous motivator.

In addition to Barack Obama showing that he, and by reflection the U.S., is a paper tiger, Russia is showing new signs of aggressiveness and strength as Putin works to restore the image and stature of Russia and to remake the old Soviet Union. In the 2012 presidential election, Obama laughed and mocked Romney when he suggested that Russia was our most dangerous and immediate foe, but it turns out that Mitt was right. Russia is once again taking on the United States and playing chicken to see just how far she can go. In the latest interaction, the game was quite dangerous and could easily have led to a number of deaths.