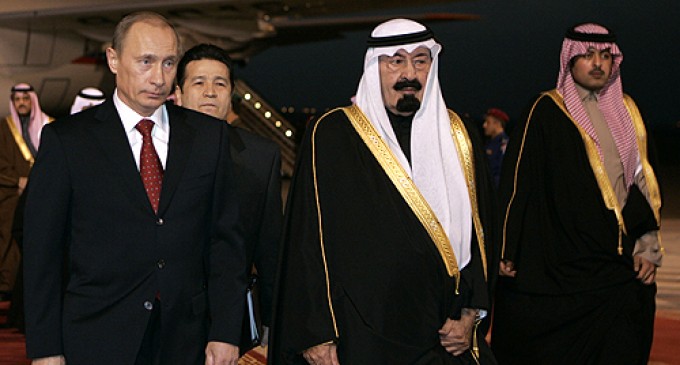 The world is on the edge of a nuclear war and the US media is utterly silent. As Saudi Arabia plans to launch a military exercise called “North Thunder”, thousands of soldiers from various regional countries are taking part.

The Saudi media states that 350,000 forces from “Persian Gulf Arab states and a number of other countries will take part in a Saudi-led military maneuver in the area of Hafer al-Batin in northern Saudi Arabia.” Not only is there a significant troop build up, but 20,000 tanks, 2,540 warplanes, and 460 helicopters will take part in this military event.

Russian will defend Syria when this ground invasion begins in 18 days.  It will have no choice but to use Tactical (Battlefield) Nuclear Weapons to defend its ally, warning the world that “any country sending ground troops into Syria without permission will be considered a declaration of war.”  Syria also has warned that “any aggressor entering the country will go home in wooden coffins.”

It is crucial to understand how on the cusp of war America truly is.  Move to the next page: