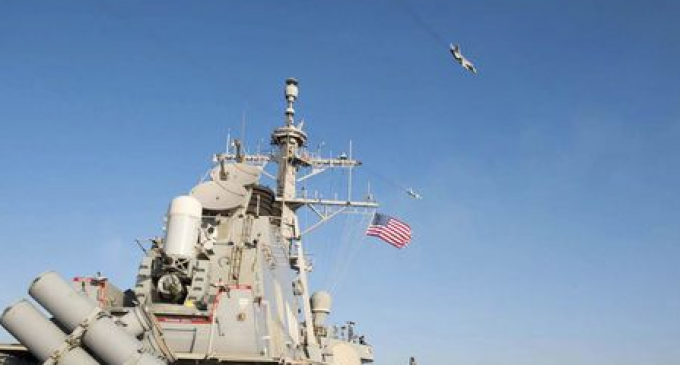 Russia is playing a very dangerous game of intimidation, with military planes threatening U.S. ships and aircraft that are in international waters or airspace. Their objective is to embarrass the U.S. and to show NATO allies that the U.S. is a paper tiger, unwilling or unable to respond to the overt aggression shown recently against the U.S.

Russia has already annexed a portion of Ukraine called Crimea, and it seems to be threatening NATO forces in certain other areas in order to project strength and control.

So far, the Obama administration has done nothing to stop the actions other than to complain to the Russians and the world press. The Russians understand strength, not complaints, and they have clearly made Obama and the United States look impotent and unwilling to protect and support allies. Even more surprising, not only are the Russians overtly challenging the U.S., but they are making claims about who is at fault, claims that are clearly untrue.