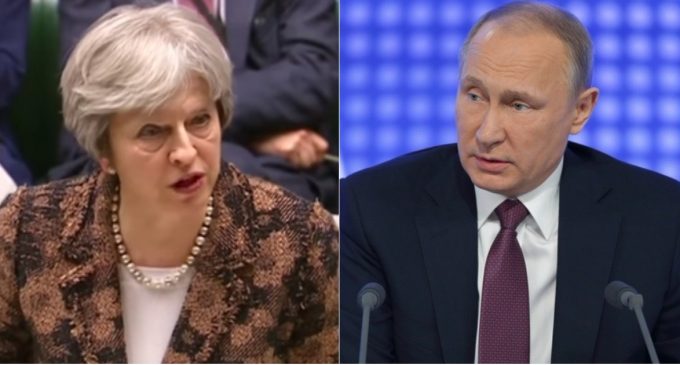 To get up to speed, a former Russian spy and his daughter currently live in the UK. Both of them were the victim of some sort of a chemical attack that nearly killed them. Naturally, suspicion would be pointed in the direction of Russia. And that is exactly what Prime Minister Theresa May has done.

Not only has she suggested Russia might be responsible for the attempted murder of these two individuals, but she has done it publicly including in the House of Commons. And she has threatened “retaliation” if Russia does not respond in an acceptable way in 24 hours.

The ugliness of all of this is on full display on page two.