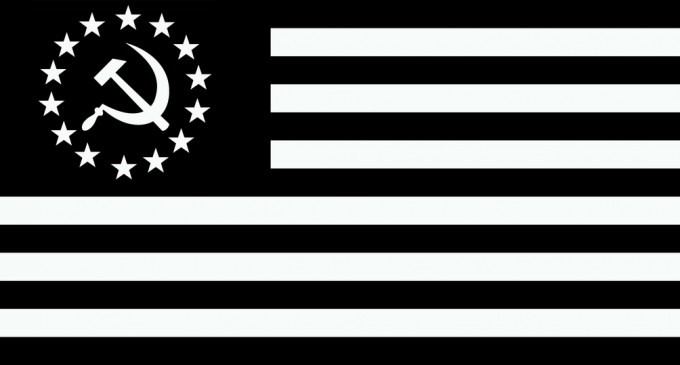 This comes from the Russian Ministry of Foreign Affairs, who supposedly heard it from high ranking Pentagon officials.

Take if for what you will, but read the entire article, you’ll find it interesting to say the least.

A highly troubling “urgent bulletin” issued earlier today by the Ministry of Foreign Affairs (MoFA) states that it has received information from the Main Intelligence Directorate (GRU) warning to expect a “radical change” in the government of the United States, possibly within the next fortnight, based on information they have received from “highly placed” sources within the Pentagon.

According to this MoFA bulletin, GRU intelligence assests were notified by their Pentagon counterparts this past week that President Barack Obama is preparing to invoke the powers given to him under 50 USC Chapter 13 to hold that various American States are now in a “state of insurrection” thus allowing him to invoke the National Emergencies Act under 50 USC § 1621 and invoke the highly controversial “continuity of government” plan for the United States allowing him, in essence, to rule with supreme powers.

Specifically, this bulletin says, Obama will invoke 50 USC § 212 that states: “ the President shall have declared by proclamation that the laws of the United States are opposed, and the execution thereof obstructed, by combinations too powerful to be suppressed by the ordinary course of judicial proceedings”

The specific laws being opposed by these “combinations too powerful to be suppressed by the ordinary course of judicial proceedings,” that Obama will outline in his reasoning’s for declaring a state of emergency, this bulletin continues, are the National Defense Authorization Act (NDAA) and Patient Protection and Affordable Care Act (PPACA), otherwise known as Obamacare.

The NDAA is opposed by many US States, this bulletin says, with California joining Alaska and Virginia this past week in passing a law making it illegal to be enforced in their territory, and with many other States, also, preparing to do the same.

And, as the World Net Daily News Service reported this past August, John C. Drew, Ph.D., the award-winning political scientist, met Obama in 1980 and wrote in 2011: “[Obama] believed that the economic stresses of the Carter years meant revolution was still imminent. The election of Reagan was simply a minor set-back in terms of the coming revolution. … Obama was blindly sticking to the simple Marxist theory … ‘there’s going to be a revolution.’ Obama said, ‘we need to be organized and grow the movement.’ In Obama’s view, our role must be to educate others so that we might usher in more quickly this inevitable revolution.”

With Obama’s “revolution” now at hand, the GRU warns in this bulletin, it is critical to note that that United States, unlike other nations, have all of their elected officials and military personal swear allegiance to the US Constitution, and not to their government or its leaders.