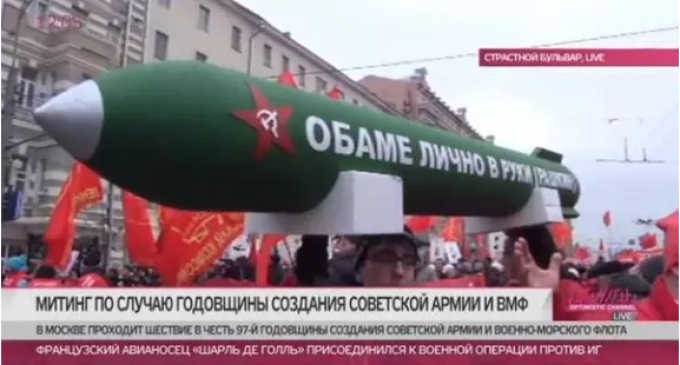 In a recent Russian parade, a missile was rolled out that stated: “To be personally delivered to Obama.”

This direct threat is yet another fruit Obama has cultivated with Russia.

While the war might be cold at the moment, Putin stated last year that WW3 is ‘inevitable' and while other prominent figures state the same, or even that that World War III has already started.

In March 2009 Hillary Clinton announced that the Obama Adminstration was going to push the reset button with the Russians.

Unfortunately, the administration bungled their delivery and spelled out “overcharge” rather than “restart” on their prop.

This week Russia pushed its own reset button…
Russians paraded a missile on Army Day marked “to be personally delivered to Obama.” 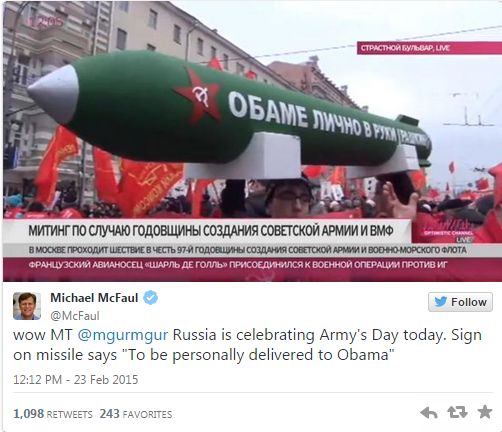 The missile included a Communist hammer and sickle on the front. 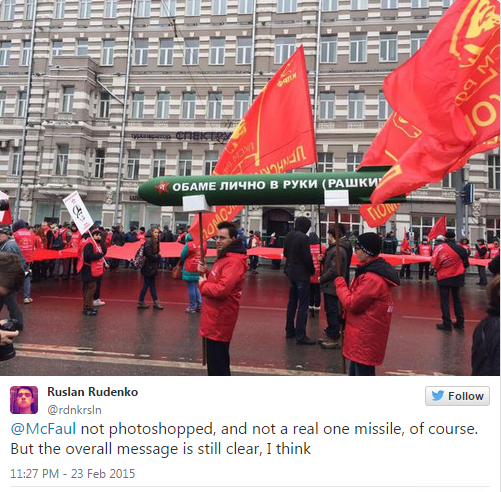