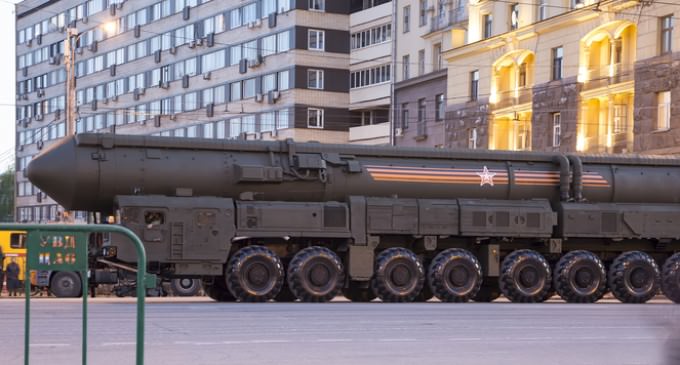 According to President Obama, the New START treaty is supposed responsibly reduce the number of nuclear weapons that the United States and Russia deploy, while fully maintaining America's nuclear deterrent. If that's true, then why is Russia currently 98 warheads above the treaty limit of 1,150 that must be reached by the 2018 deadline.

While the Obama Administration continues to look for reasons to reduce the number of nuclear weapons in the United States, Russia seems to be deploying more. This has, no doubt, worried some people, who fear that Russia is going to back out of the New START treaty and begin strong-arming America into submission.

Read what the nuclear analysts are saying on the next page.