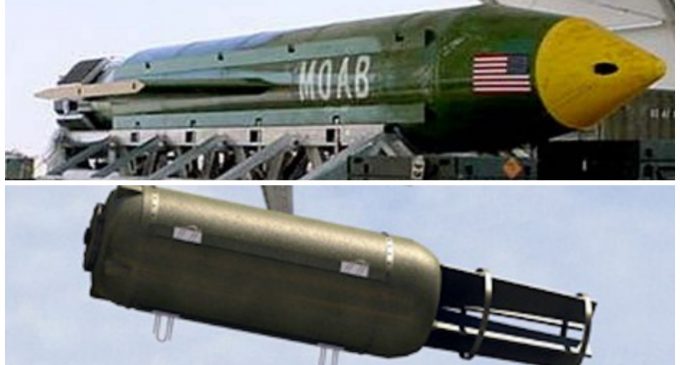 After Thursday’s successful combat use in Afghanistan of the newest weapon in America’s arsenal, dubbed the “Mother of All Bombs,” reports indicate Russia has developed something even more powerful.

Russia claims to have a thermobaric bomb four times more powerful than the Massive Ordnance Air Blast (MOAB) deployed against an ISIS terrorist stronghold in the Nangarhar province in Afghanistan.

Some see the use of MOAB as a message to North Korean dictator Kim Jong-un and other hostile leaders that America will take a tougher stance against its foes.

Learn more about the Russian effort to keep pace in weapon development and other U.S. initiatives on the next page.