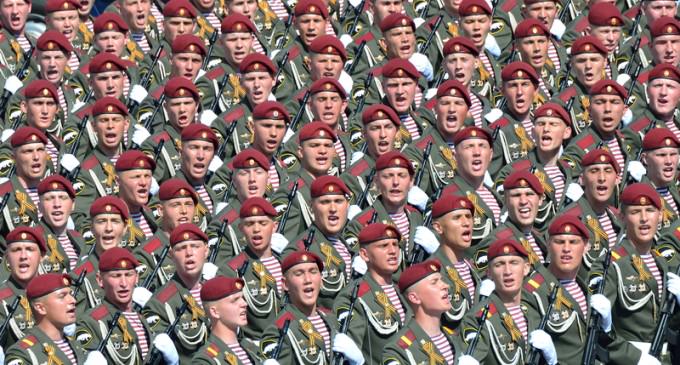 Russia is a fickle neighbor when it comes to the balance between friendship and military tension. If the United States had a nickel for every controversial decision Russia has ever made, they would be able to buy several more jars to store nickels in. On the other hand, if Russia had a nickel for every time the Obama Administration picked a fight with them and then cowered on the sidelines, there wouldn't be enough jars to hold that kind of change.

This week, Russia announced plans to put a new costal defense military division along its Eastern Coast. If you're not familiar with your map of the world, this would put them exactly fifty miles away from Alaska. I hope they like cold weather. Actually . . . they're from Russia. Of course they do.

This, of course, isn't going over well with America, because this would mean that a serious military force will be extremely close to American soil.

See what Russian Defense Minister Sergei Shoigu said about it on the next page.