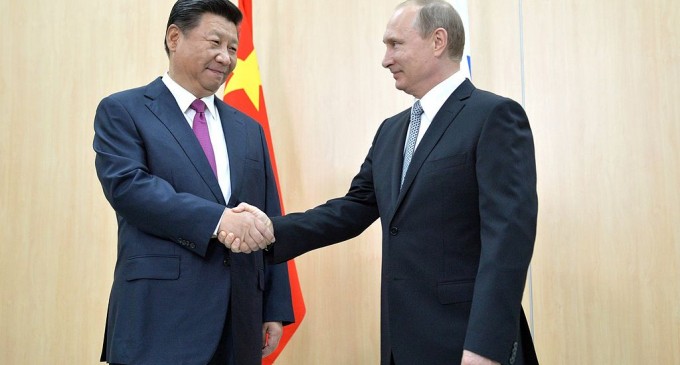 In the 2012 presidential election cycle, Mitt Romney claimed that Russia was our biggest geopolitical threat, a claim that Barack Obama jeeringly dismissed as a throw-back to the cold war era. It seems that Mitt was right, and Obama is once again the dullard in the subject of global politics. However, even more distressing is the common cause Russia is finding with China, an emerging super power with tremendous global ambitions. It seems there is no territory, island or ocean expanse that China does not seem to think they have claim to.

The bigger concern is that by uniting, especially in the face of a hollowed out U.S. military thanks to the Obama administration, it will be difficult for the U.S. to counter such a pairing.