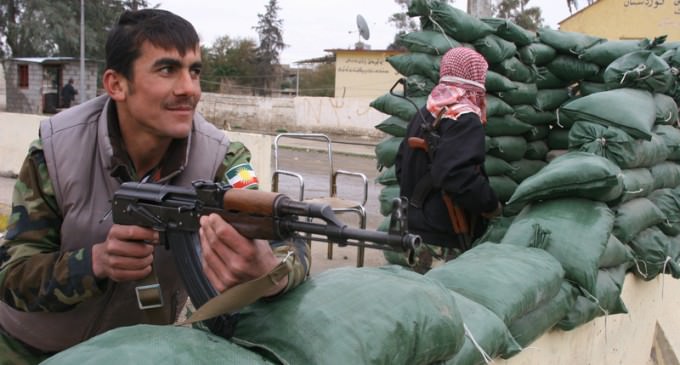 Things just escalated even further between two of the powers involved in the chaos in Syria.

Outraged not only by Turkey's shooting down of one of it's planes but also it's stubborn refusal to apologize for doing so, Russia has moved to begin aiding Kurdish rebel groups active in Syria and hostile to Turkey.

The Turks, who regard the groups and their compatriots within Turkey as “terrorists”, have taken to bombing Kurdish positions within their war-torn neighbor's borders.

Turkey's air campaign against the Kurds has been criticized by many as they are one of the few effective fighting forces against the Islamic State, to say nothing of the fact that Turkey has yet to mount any significant action against ISIS. But the Turks' luck may have run out, now that the Russians are pledging to help groups like the Syrian Kurdish forces (YPG).

Read more about Russia's plan to aid the Kurds on the next page: