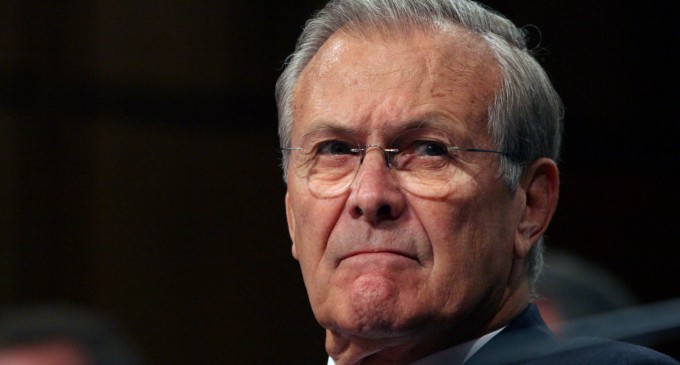 Do you remember a man named Donald Rumsfeld?

What a quaint time that must have been.

Rumsfeld is now emerging from a self-imposed media exile to say that America has to “compete” with ISIS on a global scale. But this is his usual routine. Rumsfeld is a washed-up power broker wanna-be, and he thinks pontificating like a sage on how to fight terrorism is his ticket back into the inner circle. After ten years he should have had time to buy a new hat.