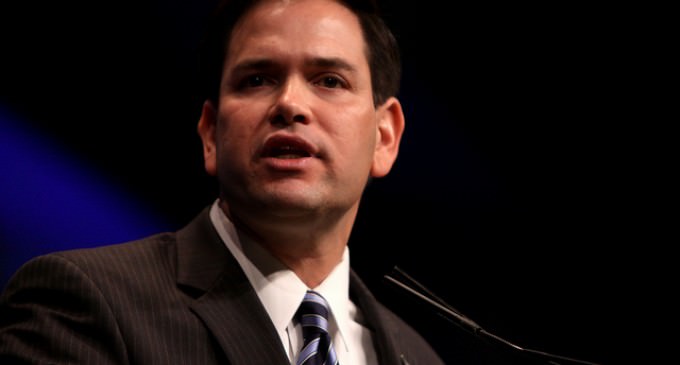 Marco Rubio continually loses his way and forgets that the main stream of American society is feeling alienated and disenfranchised. And it seems that Rubio can be bought and will change, chameleon-like, depending on who he is talking to and what he hopes to benefit from them.

Of course, the biggest mistake he made is with the Gang of Eight and the amnesty program. He made common cause with Democrats who want lots of new Latino voters who will be Democrats for life if they are given amnesty. He did this to unite with big business, which means donors, who want cheap labor. He ignored the fact that millions of illegal immigrants are flooding the country, taking jobs that Americans will do, taking lots of government services, and disrupting societies and standards. There is no attempt to assimilate, only to impose. Rubio later tried to explain after it cost him his credibility, but he was caught lying. His believability has sunk to new lows, and now he has decided to throw in with another group that is not interested in assimilating. He is simply digging a bigger and bigger hole.