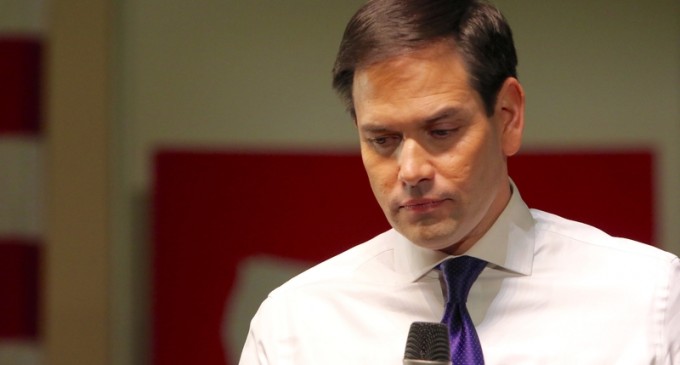 Rick Santorum was quick to endorse Senator Marco Rubio after dropping out of Iowa. After Santorum's dismal performance, despite years of grassroots campaigning, many openly wondered if the endorsement even mattered.

Well it turns out the media got a story out of it after all, but its hardly the one Rubio or Santorum wanted.

Asked to name an accomplishment of Rubio's, Santorum openly stumbled and fumbled his way through a non-answer that failed to adequately answer the question.

The media have since taken upon Santorum's burden and are trying to answer the question once and for all, but many are still struggling. It seems it's hard to name an accomplishment for a U.S. Senator, because — as Chris Christie is happy to point out — they do a lot of talking and very little doing, but that hasn't stopped conservative sites like Breitbart from putting together a list.

Be forewarned, its not exactly glowing. See it on the next page: