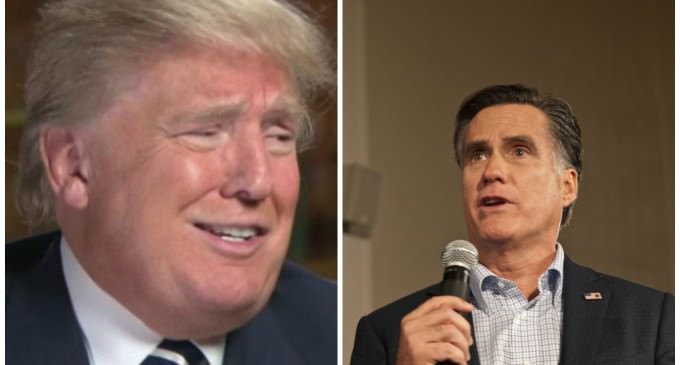 Believe it or not, Mitt Romney, failed 2012 Republican presidential nominee who lost the 2012 election to President Barack Obama, is actually lecturing 2016 GOP frontrunner Donald Trump on how a milquetoast Republican can win the White House. It's pretty obvious The Donald has a handle on things, but there's no harm in humoring a poor boy like Mitt.

“I think Donald Trump has said a number of things which are hurtful, and he has said they were childish in some respects, and I think will be potentially problematic either in a primary or in a general election if he were to become the nominee,” Romney said in an interview according to The Hill newspaper. More on the next page: