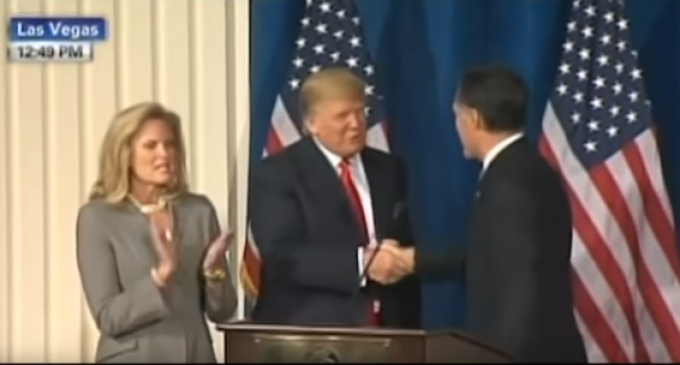 The GOP establishment is terrified of Trump, so much so that it trotted out one of its most prominent puppets to attack him as he wins victory after victory in the party primaries.

Going out of his way to denounce the GOP frontrunner, Mitt Romney criticized Trump on virtually every issue before an audience at the University of Utah. With Romney's background as governor of Massachusetts and the party nominee in 2012, he is easily amongst the highest profile Republicans to oppose the Donald.

Unlike his failed campaign against President Obama in 2012, Romney pulled no punches against Trump, referring to him as a “phony, a fraud,” and said that “His promises are as worthless as a degree from Trump University.”

However, the former governor didn't always speak so harshly about Trump. Just four years ago, when he was struggling to rally conservatives against Obama, Romney deliberately sought and earned the endorsement of Trump. Not only did he get it, he lauded the real estate tycoon as one of many “people across this country who care about the future of America.”

Watch video of Mitt Romney praising Donald Trump on the next page: