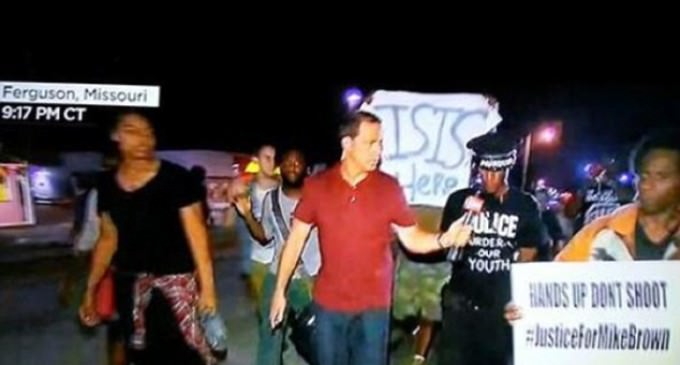 What perhaps started as riots by local residents quickly became a haven for a very diverse collection of groups who are now taking the violence to new levels. One resident, however, claims that even local residents didn‘t start the riots.

Ferguson residents also said they are upset that “outsiders” from the city of St. Louis are causing the looting and rioting mayhem.

A list of groups seen ‘protesting‘ in the city include: Nation of Islam, The New Black Panthers, Chicago Communists, Revolution Club Chicago, IS (ISIS), The Revolutionary Communist Party USA and Black Lawyers for Justice.

Even the KKK has showed up to show support for police.

IS is Tweeting to its jihadists in the US to decend onto Ferguson and start a revolution: 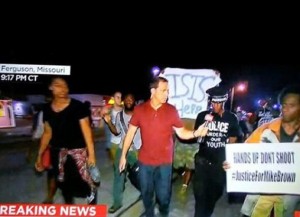 Lawyers for Justice claim to be running the riots, along with the Nation of Islam and The New Black Panters:

Regarding the Revolution Club Chicago, The News Commenter reported:

Here’s the inside scoop on the latest voilence in St. Louis. There’s a lot of buzz on the ground about a communist group that was bussed into Ferguson from Chicago. They provoked the police with Molotov cocktails the night of August 13th while the local protesters peacefully protested. That’s when police responded with gas and flash grenades. Their reported goal is to make the protests go super-violent, spread across the region, and spark a revolution. They are said to visibly stand out from the local protesters in how they respond to police and intimidate reporters when photos and video are taken of them. Expect to hear more about this in the coming days.