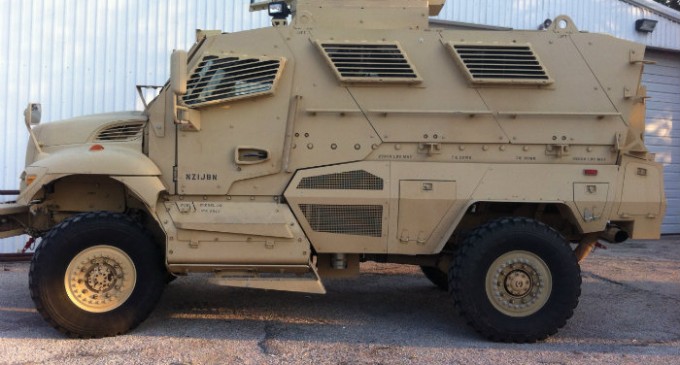 More and more we see the militarization of our police force. This article in the Dallas Observer makes it sounds like these military vehicles are being deployed because there isn't anything better to do with them and that they could be used to fight crime.

Of course, this is complete B.S. With government officials calling patriotic groups like the Tea Party ‘terrorists', we can easily see where all of this is going.

The economy is headed for a complete collapse, and these will be used to quell uprisings of people who are calling the heads of the heads of state. It is self-protection on the part of our ‘servants' in government and will be used for crowd control when all hell finally breaks loose.