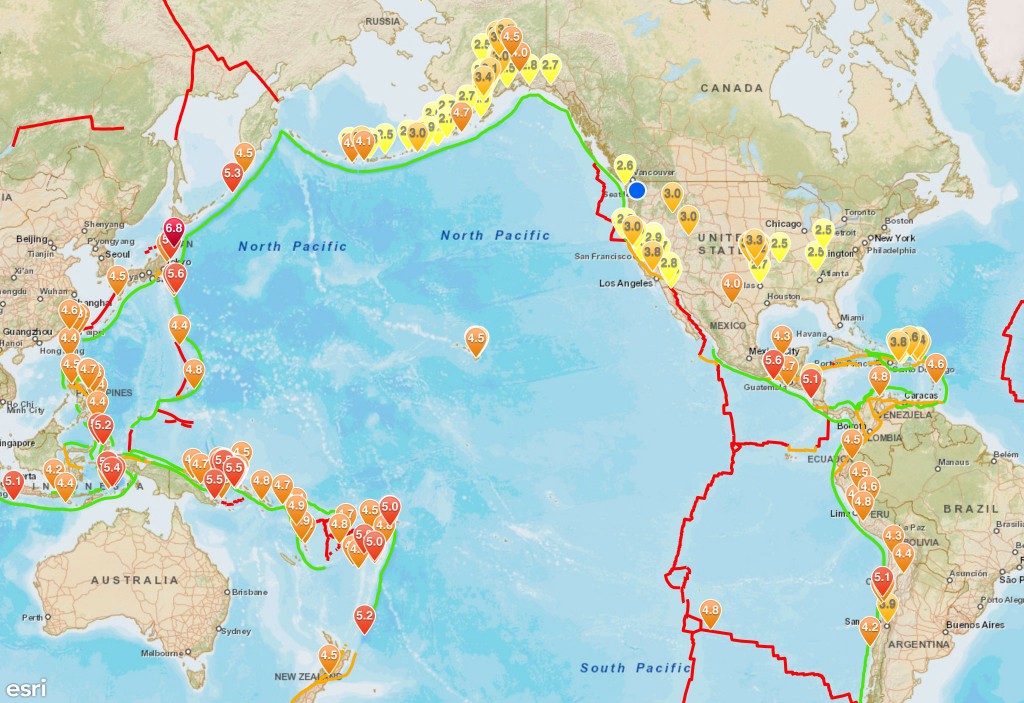 The Ring of Fire is going through an alarming uptick in activity right now with 34 volcanos erupting at the same time. The Ring of Fire a is 25,000-mile, horseshoe-shaped string of volcanoes and seismic activity sites around the edges of the Pacific Ocean. About 90% of all earthquakes and 75% of all active volcanos are on the Ring of Fire.

The number of volcanoes eruptions that are occurring at the moment is well above the 20th century’s average for an entire calendar year. We are also seeing tremendous amount of earthquakes at the moment.