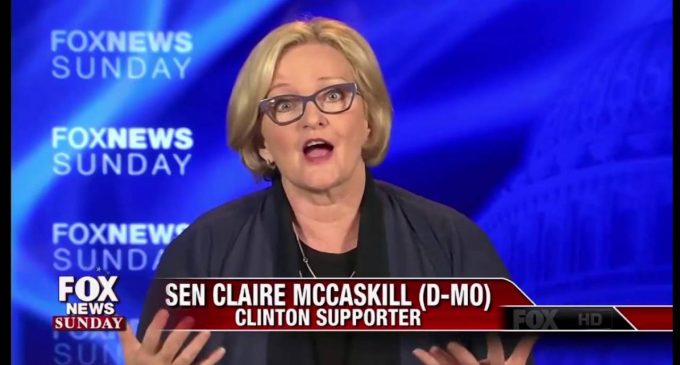 Do you remember when Hillary Clinton said that Donald Trump was literally being used as a recruitment tool for ISIS? You'd be forgiven if you don't. The media didn't seem to mind much when Mrs. Clinton made the unfounded claim.

This week, Donald Trump made a very similar comment about his opponent, claiming that the Obama and Clintons' disastrous foreign policy was key to the founding of ISIS. Of course, Trump said it in a much more direct way.

Despite the fact that Trump's claims were arguably true, the media once again pounced on the GOP nominee while giving Clinton a pass.

Now Democrats are trying to flip the script and claim that Trump — not Clinton or Obama — founded ISIS.

See how one prominent senator tried to tie real estate developer Donald Trump to the terrorist organization on the next page: