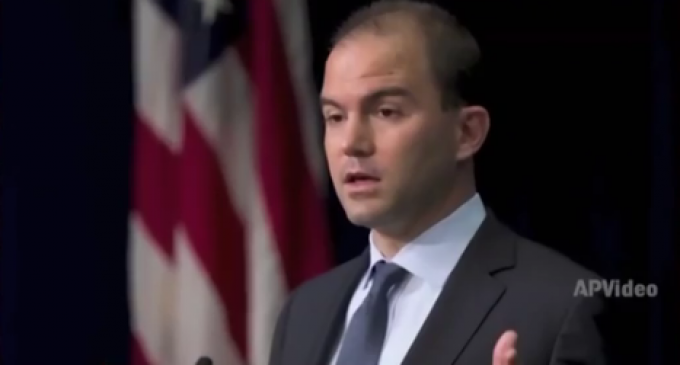 Barack Obama has spent a good deal of time while in office apologizing for the United States and rewriting history to ensure that the U.S. is diminished and embarrassed. He is arrogant enough that what was deemed as appropriate and mannered behavior by other presidents means nothing to him. White House Deputy of Nation Security Advisor for Strategic Communications Ben Rhodes, who it turns out is Obama's muse and a key advisor, is also uninterested in proper decorum or protecting the image of the United States.

Although Japan is now one of our primary allies in Asia, past U.S. presidents have avoided visiting the city of Hiroshima due to the potential sensitivity of such a visit. Obama and Rhodes seem to have no compunction against it, which could be seen as a huge slap in the face of U.S. war veterans and Americans.

America and her people paid a tremendous price in World War II when  Japan made a surprise attack on Pearl Harbor in Hawaii and killed a huge number of military personnel and civilians before the United States was even involved in the fight. The fight in the Pacific was bloody and destructive, and the outcome was far from known when the United States dropped atomic bombs on the cities of Hiroshima and Nagasaki in an effort to put an end to the fighting once and for all.

The bombing took place 70 years ago, and there are the revisionist historians who now question the necessity of using atomic weapons to stop the war, but it is doubtful there were more than a handful of people at the time who would have questioned the wisdom of that decision.

Obama and Rhodes insult the American people with visit, page 2: