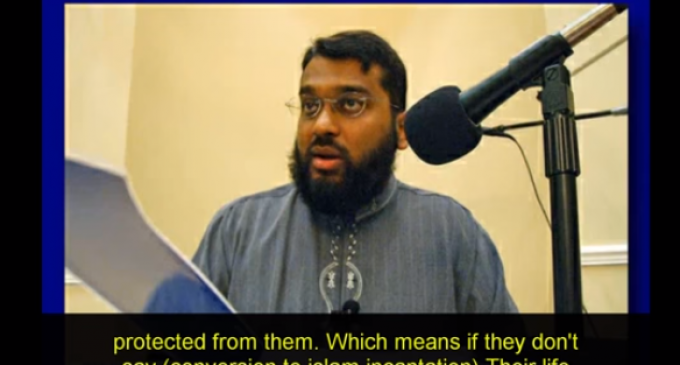 If a white person were to say that Islamic views on Christians and Jews were barbaric and cruel, they would most-likely be called intolerant, racist (can that even be applied to religion?), or bigoted.

White people really can't win any argument that involves race, sexuality, or religion. If somebody who practices Islam, on the other hand, were to express some views on Christians and Jews that seemed barbaric and cruel, not only would they not be reprimanded for it, but they would have a majority of liberal Americans agreeing with them.

Take Abu Ammaar Yasi Kazi for example. He's not some crazy Islamist from the Middle East. He's a college professor at Rhodes College in Memphis, TN. He's also been described by the New York Times Magazine as one of the most “influential conservative clerics in American Islam”. Well how about you watch the video on the next page and make that decision for yourself. Apparently the liberal media is even changing the definition of the word “conservative”.