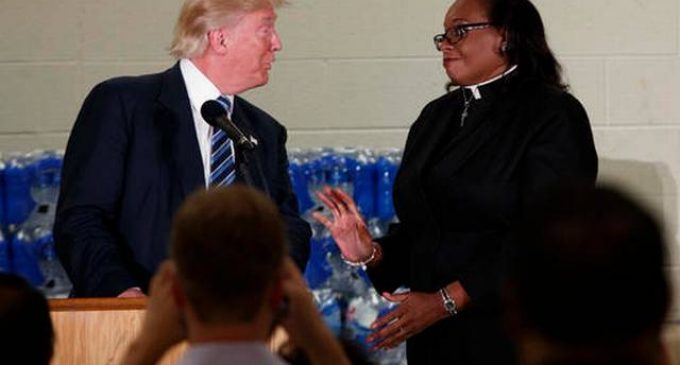 Donald Trump did this week what Republicans before him were too afraid to do — speak directly to black voters in a house of worship.

The move is popular among Democrats, who have since claimed upwards of 90 percent of the African-American vote. Considering Trump's latest campaign push involves courting higher levels of minority support, the move was courageous, but not unexpected.

One would think that the outreach would at least command a small amount of begrudging acceptance from the left, but it has done the exact opposite. Despite the fact that they claim that politicians often ignore the minority community, Trump was blasted by politicians and the mainstream media for making the visit at all.

Their attacks were helped considerably thanks to the actions of one Flint, MI pastor, who scolded trump for giving a “political speech” in her house of worship.

As it turns out, the confrontation was nothing but a setup by the left.