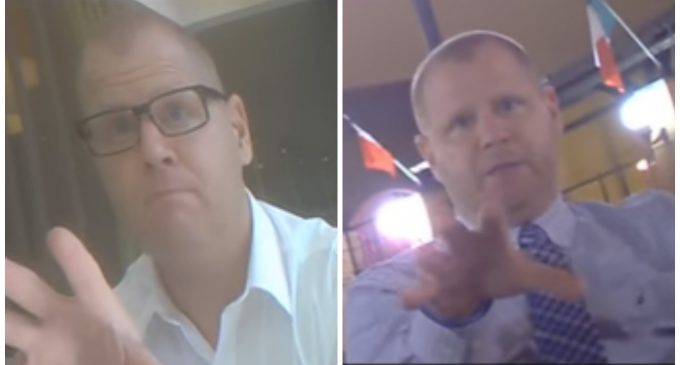 “Truth is dangerous especially when it challenges power,” says James O’Keefe of Project Veritas.  Mr. O'Keefe should know, as his “Project Veritas” has revealed evidence that directly challenges the power of the DNC and the Clinton machine.  What sort of evidence?

The sort that would get average Americans thrown in jail such as evidence of voter fraud, the staging of violent acts at Trump rallies, and of communications and cooperation among Clinton operatives and supporters that are prohibited by election laws.  It's based on the belief that any tactic can be employed if it is deemed necessary to a Clinton victory.

It is an indictment of our political process and government election officials that this travesty is allowed to continue.  Mrs. Clinton should be out of the game at least, if not joining these criminal operatives as a one more defendant being prosecuted for election law violations as well as a host of other offenses.