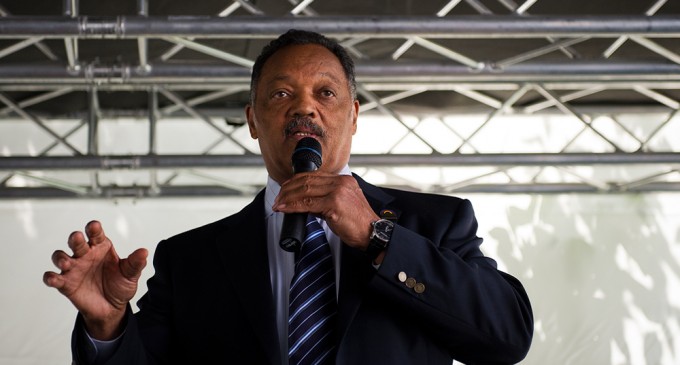 By their fruits you shall know them…

Winston Churchill famously said, “An appeaser is one who feeds a crocodile, hoping it will eat him last.” Rev. Jesse Jackson gave new life to that definition when he appeared before the Arab-American Civil Rights League (“AACRL”) to tell them that they were being shamefully discriminated against and must stand up and fight for their rights.

The occasion for Jackson’s fiery defense of Arab American* rights was the fact that they some of them have been placed on “no-fly” lists and have had their bank accounts closed. The AACRL filed suit earlier this year to protest against these indignities.

So far, there is no evidence that the AACRL has protested any acts of Muslim terrorism of the type that led to the need for no-fly lists and laws stopping Americans from funneling money to Arab terrorist groups. For example, a Google search for an official statement from the AACRL speaking out against the Muslim fanaticism that led to Al Shabab’s bloody slaughter at the Westgate Mall in Nairobi, Kenya, yields . . . nothing.

Since the Civil Rights movement, Jesse Jackson has been a strong, loud voice against America and American values. Rather than seeing the movement’s victory as a sign that America is a good country, he believes strongly that it is a fundamentally evil country that must be controlled, constrained, and destroyed.

Small wonder, then, that Jackson, an ostensible Christian who has actively pandered to the Muslim community since the early 1980s when he was trying to run for President, stood in front of them and fueled their sense of victimhood and ill-usage. Jackson did not use the opportunity to speak out for the Christian communities across the Middle East and North Africa that are subject to slaughter at the hands of their Muslim neighbors. Instead, Jackson told the assembled Arab American crowd that they are victims and must fight.

“We are the new America,” said Jackson. “Love yourself. Stand up and fight back.” When it comes to bank account closures, he said, “We must protest that. You must not retreat. . . . You are God’s people.”

We’ll end this post as we end all posts about Muslim Americans: the vast majority are law-abiding people who enjoy the blessings of living in America. They are good citizens and good neighbors.  The entire community, though, is woefully silent about Muslim terrorism, either because the community is afraid of the fundamentalists in its rank or because, despite being peaceful, law-abiding Americans, Muslim Americans actually support the fundamentalists’ goals.

The single fastest way for Muslim Arab Americans to end no fly lists and bank account closures would be for these groups to become loud, aggressive opponents of Islamic terrorism wherever it occurs. After every terrorist attack, they should be rallying to condemn the attacks. But they don’t. They say nothing. And then they whine when the government suspects that they might be terrorist supporters.