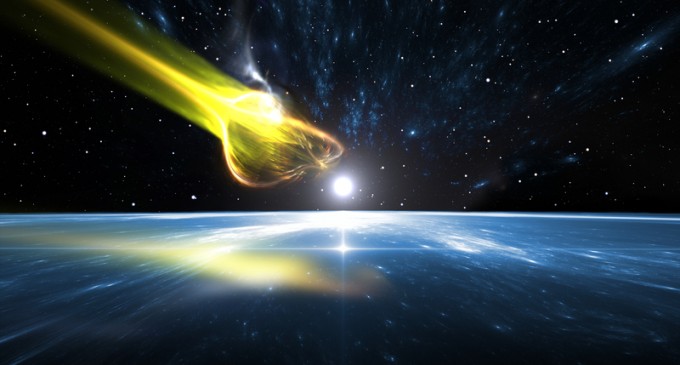 According to new research published by a faculty member at the University of Arkansas Department of Mathematical Sciences, periodic mass extinctions on Earth could be linked to the existence of a ninth planet in our solar system.

Daniel Whittier, a retired professor of astrophysics, now working as a math instructor, published these findings in the January issue of Monthly Notices of the Royal Astronomical Society (what a mouthful). In his findings, he states that “Planet X” triggers comet showers, which he's linked to mass extinctios on Earth at twenty-seven million year intervals.

Whitmire and a colleague by the name of John Matese first published research on the connection between Planet X and mass extinctions in 1985. At the time, there were only three explanations proposed to explain such regular comet showers: Planet X, a sister star to the sun and vertical oscillations of the sun as it orbits our galaxy. The last two of theories have been ruled out, leaving only the existence of Planet X.

Read more about this theory on the next page.