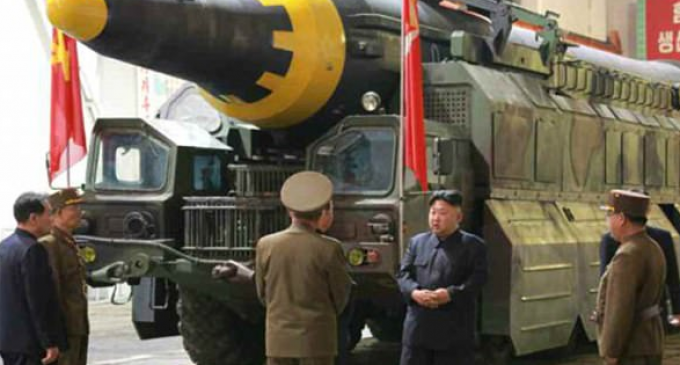 Many military analysts are perplexed these days about the capabilities of the North Korean ballistic missile program and its apparent rapid advancement into the next generation of lethal weaponry:  nuclear-armed munitions.

There have been quite a few surprised assessments in regard to North Korea, where many of these experts who follow the military achievements and milestones of other nations are expressing concern that they are advancing much more quickly than anticipated.  But in order to understand why such a situation exists, sometimes it's important to look back in time and understand that this situation, like Iran, experienced a significant turning point in its history that caused North Korea to advance to the plateau of achievement it currently enjoys.

When you think about the Obama administration and the unbelievable lengths to which they went to obscure what they were actually doing in the Iran Nuclear Deal (which was removing sanctions and granting them a gargantuan injection of multi-billions in cash), you can begin to comprehend why such a below-board move was necessary when you compare what has happened in North Korea.

Let's take a quick look back at the Clinton administration and its Obama-esque treatment of the North Koreans in the early 1990s that helped to create the killer nation that it is today!