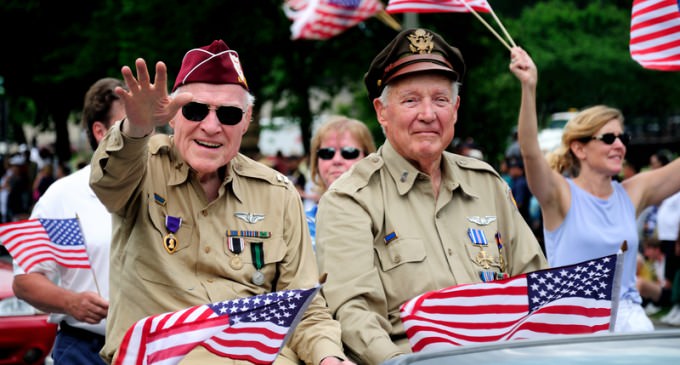 If all war is indeed a racket, does honoring those who have served simply honor those who provoke and create war? I believe this is the ultimate question at hand that some seem to struggle with until finally reaching and incorrect Yes answer.

The answer should be an obvious NO.

Don't confuse those that profit from war with those fighting for love of country.

The wars, even if brought about by a ‘global elite', were still real wars with real threats shoved in our face. What would have happened to this nation and the world if we had lost WW2? Our fighting men and women were always fighting for love of country, its people and its ideals.

Would you propose we simply disregard those that gave their lives for the rest of us? I will always honor and respect any person willing to put their lives on the line for others.

And, in showing honor and respect, we don't increase the likelihood of war, that's a different agenda, but we do hold high the special qualities instilled into our military personnel, like courage, honor, commitment to values, and brotherhood, just to name a few. In holding these qualities in high regard by acknowledging those that possess them, we increase the likelihood that they will propagate, not war.

Do you have the same mettle as those willing to make the ultimate sacrifice?

My guess is that if you're content to just to sit back and whine and cry about the state of affairs of things yet do nothing – you don’t.

And, if you're so simple-minded as to group those that fight for you with the ones you rail against…well, I have a suggestion for you…join the military! You obviously need a wake up call on both counts.

Even if the fight is rigged, you still have to fight it. When it comes to respecting those that put themselves out there for the rest of us, who cares if it was all a set up. The caliber of those that serve and the ideals that the seek to protect are still the same.

Furthermore, our military and our veterans are our primary line of defense. If you believe that there is this global mafia starting wars for profit, they don't respect the lives of anyone, including yours.

Put down our fighting men and women and you put down those that will defend you against tyranny, terrorist threats etc. And, they will do so even to protect those that would put them down for doing so in the first place because in the end they know they are ultimately fighting for ideals.

I think you'll find that the majority of those that join our armed forces do so with a love for this nation, but perhaps even more so for the ideals of freedom and liberty that has made this country so great. Because in the end, it's not so much about the death of one person or even many, it's about maintaining a country, and hopefully one day creating a world, where people are free to live their lives with the God-given rights so brilliantly outlined in this country's founding documents that have made this nation the greatest the world has yet seen.

If we don't honor those that serve and have served, then we are not honoring the very ideals they fight and die for either.