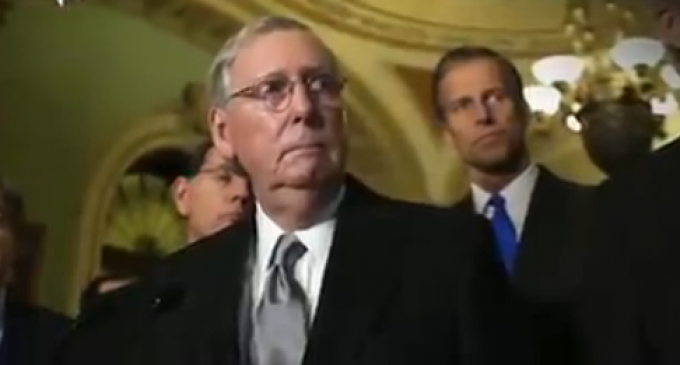 Senate Republicans have finally gotten the message from voters and are crafting legislation to repeal Obamacare, though it is tacitly recognized that President Obama will not sign the bill.

However, the effort is intended to start the ball rolling towards getting the generally discredited law off the books. Obamacare was passed in 2010 with forceful assurances from Obama that it would provide a savings of $2,500 per year for an average family in health care premiums, coverage would expand, benefits provided would increase, and existing plans and physicians would still be available to those who preferred not to switch.

Although polling at the time showed that the majority of American people disagreed with the legislation, Democrats muscled it through without a single vote from Republicans. Subsequent media searches and other confirming research prove that Democrats and Mr. Obama knew that the claims were untrue, but the lie was perpetuated and continues to be spun. It seems that the potential for controlling the fifth of the economy that is represented by health care spending was too great an attraction for the left to leave alone. And so Mr. Obama continues to lie and suggest Obamacare is a success and that it is helping the nation manage their healthcare challenges.

It now seems that the lie is coming home to roost. Premiums are skyrocketing, millions of people have lost their preferred policies and their health care providers, and the policies that are now being offered through the government exchanges are proving to be almost worthless, with huge deductibles and much higher premiums. The “low information voter” is also waking up to the fact that the law requires them to buy something that they don't want, or to pay a significant fine if they choose not to opt in, in many cases up to 1.5% of their gross income, an outrageous and unconstitutional requirement that is stunning to consider.